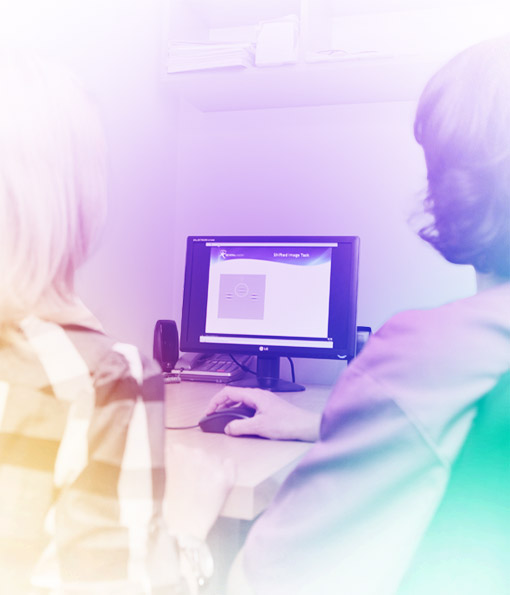 It has long been considered that adult amblyopia cannot be treated. In the last 25 years, new data in the field of neuro-ophthalmology have shown that there is neuronal plasticity at the level of the visual cortex even after the age of 10 years old which was considered the border age until which one can hope for some recovery from amblyopia.

Initially, a number of studies have shown that in amblyopia that occurs due to the dioptre difference between the two eyes (anisometropic amblyopia), occlusion in combination with optimally prescribed glasses or contact lenses can give results even in adults.

Subsequently, in the 2000s in the United States, Neurovision technology was developed that addresses adult amblyopia. This method of treatment was then approved by the FDA. There followed a period in which studies and development stagnated for financial reasons being revitalized around 2010 when new investments in this programme began.

Neurovision /Revitalvision treatment has been available to OFTAPRO patients since 2011, and has so far been performed by approximately 200 adult patients. Approximately 75% of patients had a visual acuity improvement of more than two lines at the optotype.

The others gained less than two lines or gained nothing in acuity but benefited from an increase in contrast sensitivity which was subjectively perceived as a progress in view.

We take care of the eyes of the whole family.

Schedule ophthalmology consultation for an adult

Neurovision treatment trains the visual cortex to improve image quality by stimulating circuits and connections that were not previously stimulated.

Neurovision is a non-surgical therapy based on neuronal plasticity, namely the ability of the brain to train certain areas responsible for vision. This is done with the help of a specific exercise software, which the patient can install at home on his own computer, the training sessions being interactive and orderly.

The patient has the good eye covered by a translucent filter during exercise, must have optimal glasses or contact lenses, will have to perform a total of 40 sessions, about 3 per week, the duration of a session being a maximum of one hour.

The exercises are performed at the patient’s home, in a dark room.

The software instantly notices an incorrect calibration of the monitor, an artificially prolonged session and any other anomaly in the exercise.

The patient is constantly monitored through the server, the exercises and their degree of difficulty updating as the patient progresses.

The minimum visual acuity of the amblyopic eye must be of at least 0.2 in order to be enrolled in the programme and the candidates with the highest chances are those suffering from anisometropic amblyopia.

Adolescents or adults who wore occlusion and were treated on time but visual acuity have not fully recovered may also benefit from the program.

It is a non-invasive clinical application, with very advanced technology, with zero risk, which improves the vision of the amblyopic eye in most situations. Neurovision therapy is available in Romania only in the Oftapro clinic and is the only form of treatment for adolescents and adults with amblyopia being recognized and approved in the USA and Europe.

From a correct diagnosis and prescription of glasses or contact lenses, to choosing frames and getting lenses done and fitted on the sopt - everything without leaving the OFTAPRO premises! That is the true meaning of Integrated Optics!