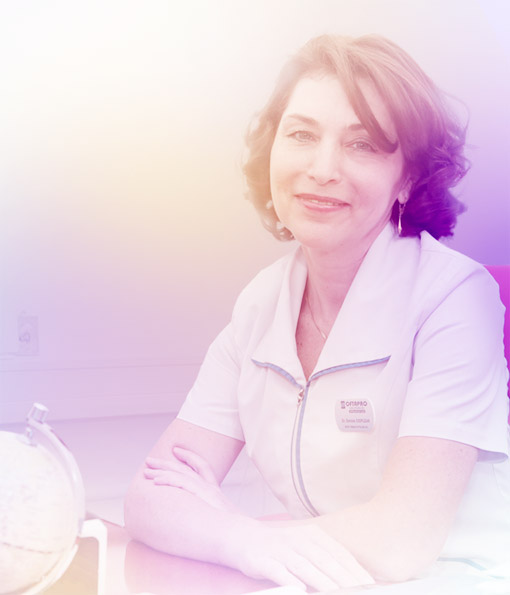 The idea of ​​a private clinic specialized in paediatric ophthalmology and strabismus came into being at the end of 1994 and belongs to MD Daniela Cioplean, at that time a young ophthalmologist. The dream becomes reality in 1996, after immense conceptual and material efforts, when on 12.10.1996 the clinic opens its doors for the first patients, Oftapro company being in association with a foreign investor and two Romanian partners, former college colleagues, the co-founder being MD Luminița Teodorescu.

VIDEO: What is the story behind Oftapro?

Opening a private clinic 26 years ago was not as simple as it seems today. Dr. Daniela Cioplean, and the team she has built, had many obstacles and trials until they reached the success of today: a united and experienced team, a modern clinic and high-performance equipment, features that have made OFTAPRO the first pediatric ophthalmic choice for thousands of families in Romania.

The clinic is constantly developing in the coming years, diversifying its portfolio, collaborating with successful doctors and purchasing new equipment.

However, the secret of the ascending path of the clinic is the people. At the beginning, the small team gradually grew, as the attachment of the staff to the company but also to the idea of ​​participating in a quality medical act in a team, were the key to success. There are people who retired from Oftapro after dedicating over 20 years of their lives to the smooth running of the clinic.

Medical optics opened its doors in 1999, currently being qualified as one of the best opticians’ stores in the country, having niche products and services but also an impeccable quality of products and services. The department has been headed since 1999 by Emil Istrate

In 2000 Oftapro became a partner in an international telemedicine programme, Cyber-Sight initiated by Professor Emeritus Eugene M. Helveston from the USA with the help of whom doctors make huge leaps from a professional point of view, as he remained the Professional Mentor of the two Oftapro founding doctors.

The team grows and develops between 2000 and 2010, new ophthalmologists, new anaesthetists, new nurses and optometrists with great expertise completing the team.

What is
Integrated
Optics?

Since 2010, Oftapro has a sole shareholder, MD Daniela Cioplean, the medical team growing substantially, some of the doctors dealing mainly with children and the others with adults.

In 2013, the oculoplastic, orbital and lacrimal surgery segment is developed in collaboration with MD Dan Georgescu, specialized in the USA.

Oftapro clinic has trained over time surgeons and young ophthalmologists. At the European level, Oftapro is recognized as a specialized clinic with expertise and with a well-known training programme in Strabismus and Ophthalmology. Doctors from abroad (Ukraine, Belarus) conducted training in Oftapro. We are up to date with everything that happens in our specialty.

The clinic constantly purchases state-of-the-art, sophisticated equipment that complete the diagnostic arsenal, replacing the old equipment with new, modern ones for a high quality medical act.

Oftapro constantly collaborates with other clinics and specialists in related fields.

In 2018, a new customized database paved the way for an even more efficient digital monitoring of all cases.

The Oftapro Clinic is fully digitized.

We can find your file from 20 years ago!

The year 2021 opens the collaboration with a genetics laboratory, Alpha Omica Labs, which will allow in the future easy access of patients with eye genetic diseases to the new therapies.

The team remained largely the same adding more and more quality people who stayed. OFTAPRO IS A FAMILY.

Dear Patients, in the hope that you now know more about us and that you will stay with us, we thank you for helping us to become what we are, we owe you everything and we are deeply grateful for the trust you have in us, we will never stop opening up to the future along with you.

From a correct diagnosis and prescription of glasses or contact lenses, to choosing frames and getting lenses done and fitted on the sopt - everything without leaving the OFTAPRO premises! That is the true meaning of Integrated Optics!